Buy Links: Amazon/ Apple Books/ B&N/ Evernight Publishing/ Kobo /Smashwords
Beast: Melody called out to me in the dark and I answered. A whimper, a single glance and I knew she was mine. I found her, starved, chained and abandoned by the Russian Bratva. I saved her, mended her broken wings but I won’t let her take flight. Melody’s become my prey and I’ve decided to keep her. Melody: I live in a world of silence. Most people can’t be bothered to learn my language. I used to be invisible to the rest of the world, until a greedy Bratva Pakhan decided he wanted me. He erased the woman I used to be but Beast is there to pick up the broken pieces. I’m not naive. Beast doesn’t hide what he is. Broken toys attract him. Violent pleasures rule him.It’s too late to run. I can’t control the way my body reacts around him or take back the heart he’s already stolen. 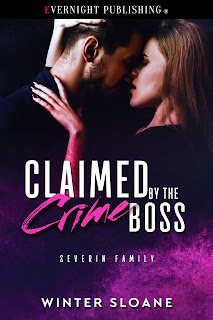 Winter Sloane is the alter ego of a single mother who loves reading and writing romances in her free time.

She likes writing about possessive bad boys and the women who love them.

Subscribe to her newsletter for the latest news, updates and freebies.